Thanks for signing up to preview of Light Up New York! Click the image below to download chapter 1. 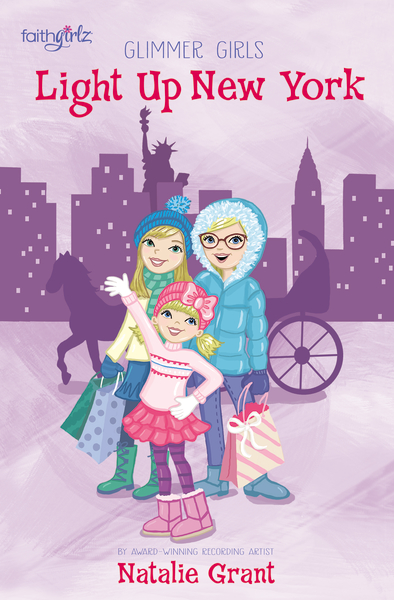 In this fourth title in the Faithgirlz Glimmer Girls series by Natalie Grant, Light Up New York, the Glimmer family is headed to the Big Apple—New York City! Gloria has been asked to perform a concert in Times Square and the whole family joins her. Miss Julia immediately starts planning a sightseeing trip for the sisters that will be better than all the rest, but plans never turn out exactly as they imagine when the Glimmer girls are involved. So what happens when sibling rivalry, random acts of kindness, and a little mystery all meet up at some of the most famous sights in New York City?.

In Light Up New York, readers continue to get to know 10-year-old twins Mia and Maddie and their sidekick little sister, LuLu, as they embark on adventures and mischief thanks to their famous mom who travels all over the world singing beautiful songs and a slightly wacky and sometimes negligent nanny named Miss Twist.

Be sure to check out the other books in this series! 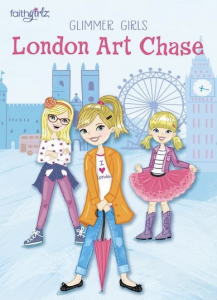 LONDON ART CHASE
In London Art Chase, the first title in the new Faithgirlz Glimmer Girls series, readers meet 10-year-old twins Mia and Maddie and their adorable little sister, LuLu. All the girls are smart, sassy, and unique in their own way, each with a special little something that adds to great family adventures. There is pure excitement in the family as the group heads to London for the first time to watch mom, famous singer Gloria Glimmer, perform. But on a day trip to the National Gallery, Maddie witnesses what she believes to be an art theft and takes her sisters and their beloved and wacky nanny Miss Julia, on a wild and crazy adventure as they follow the supposed thief to his lair. Will the Glimmer Girls save the day? And will Maddie find what makes her shine? 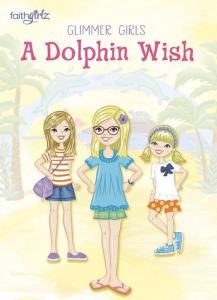 A DOLPHIN WISH
Join twins Mia and Maddie and their sidekick little sister, LuLu, as they travel the country finding adventure, mystery, and sometimes mischief along the way. Together with their famous mother, singer Gloria Glimmer, and their slightly wacky nanny Miss Twist, the sisters learn lessons about being good friends, telling the truth, and a whole lot more. In A Dolphin Wish a three-night stop in the city of San Diego seems like it might be just the break the girls need—lovely weather and great sights to see. That is until they hear animal handlers at “Watery World” talking about the trouble they’ve been having keeping the animals in their habitats. Mia and her sisters cannot resist a challenge and they talk Miss Twist into another visit to the educational amusement park to search for clues as to what or who is helping the animals escape. 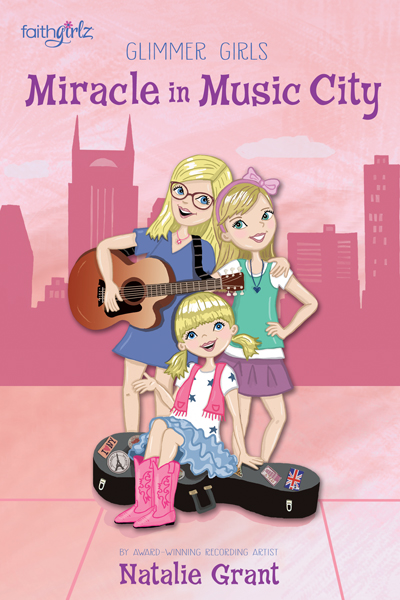 In this third title in the Faithgirlz Glimmer Girls series by Natalie Grant, Miracle in Music City, the Glimmer Girls are at it again—looking for a mystery to solve. Gloria wants her daughters to learn they aren’t too young to make a difference, so she gets them involved in her annual benefit and auction. But as things often do with the trio of smart and sassy sisters, they get themselves and their nanny Miss Julia involved in a lot more than just helping mom raise money for a worthy and wonderful cause.