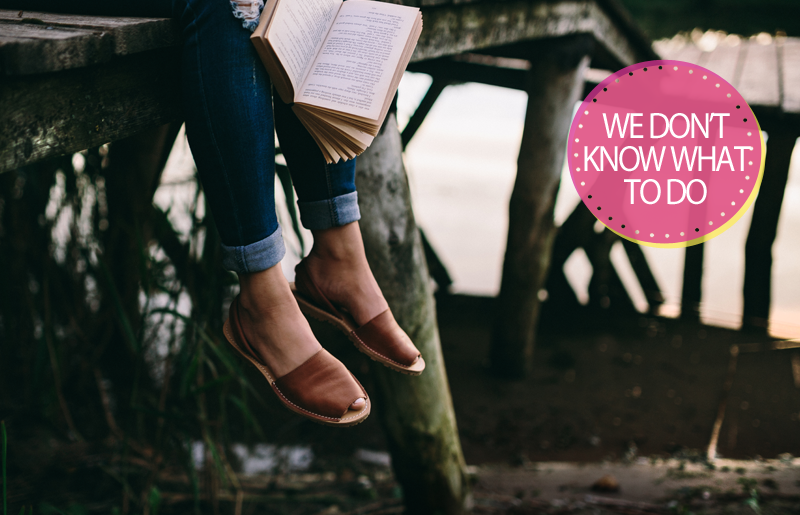 When you’re overwhelmed, you don’t feel much like praising the Lord.

Your head aches, your bills are mounting, at least one appliance or vehicle needs replacing, and your kids need a thousand things from you.

As a mom, as an adult, you feel the weight of it all. This is your battle after all. Your life. Your mess. Your responsibility.

Some days you shoulder through. Other days the magnitude of it all paralyzes you.

King Jehoshaphat was at that point in 2 Chronicles 20. Three armies joined forces against him. This “great multitude” was poised to attack, and when Jehoshaphat received word, there was never even a glimmer of hope that he could protect his people, the Israelites. They didn’t stand a chance.

Just like you don’t. Because there is an actual enemy fighting against you.

Yes, some things are part of life on a fallen planet… cars break down, kids get sick, moms feel tired.

But that’s not all there is. Satan hates you and the work you’re doing to glorify Christ in your home. Any chance he gets to discourage you, he’ll take.

And on your own, you don’t stand a chance.

Jehoshaphat instantly realized his own inability. He cried out to God,

“O our God, will you not execute judgment on them? For we are powerless against this great horde that is coming against us. We do not know what to do, but our eyes are on you.” (v. 12)
In his admission of weakness, and with the turn of his gaze to the Lord, everything changed.

The Spirit of the Lord spoke.

“Do not be afraid and do not be dismayed at this great horde, for the battle is not yours but God’s… You will not need to fight in this battle. Stand firm, hold your position, and see the salvation of the Lord on your behalf.” (v. 15b, 17)

And Jehoshaphat and the people worshipped God.

The next morning, Jehoshaphat addressed the people as they prepared to follow the Lord’s instructions,

Then he appointed singers to praise God in front of the army. They sang,

“Give thanks to the Lord, for his steadfast love endures forever.” (v. 21b)

And the Lord caused the enemies to destroy one another. Israel’s job was to stand firm, believe His Word, praise Him, and then collect the spoils of the armies.

It’s not natural to praise God when you’re overwhelmed.

It’s not natural to relinquish all control to the Lord.

It’s supernatural. And it’s your answer.

The thing is, this isn’t your battle, your mess, your responsibility. Hand it all over to the Lord.

You don’t know what to do. But He does. So turn your eyes on Him.

Surrender all that overwhelms you to Him.

Stand firm and watch Him fight for you.

Echo Jehoshaphat’s prayer, and trust in the Lord.